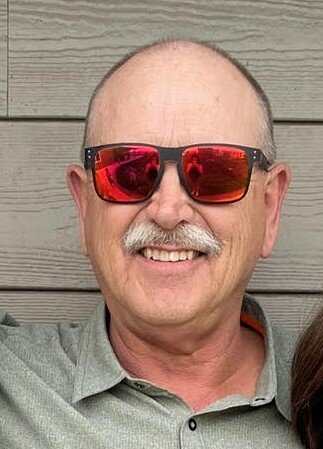 On October 21, 1983, he married the love of his life, Gwyn Marie Casseday at the First Christian Church in Greeley. Robbin became an amazing step-father to Wendy (Schwartz) Mendez, then they welcomed Patti (Peppler) Seiber two years later. They shared 33 years together before Gwyn lost her battle with breast cancer on November 17, 2016. Robbin was the best caregiver for Gwyn during her times of sickness. He always made sure he was present for his wife and girls through life's struggles and happy times.

At the age of 14, Rob took over the farming operation after his father fell ill and was no longer able to farm. Through the years, he raised corn, Coors barley, carrots, potatoes, sod/turf and onions to name a few, but his prized crop was Sugar Beets. Rob was recognized as the Number One Sugar Beet Producer in Weld County in 1991, and several years following. In 2001, he started his sod farm, Genesis Turf Farms.  He worked alongside his son-in-law, Jesse, growing and installing some of the best sod.  He was also a volunteer Firefighter/EMT with the LaSalle Fire Department for 22 years. During his farming and Firefighting years is when he met many of his lifelong friends who he considered family.

Rob enjoyed traveling with his wife and family, checking the farms, ensuring that the crops were irrigated and enjoyed time with his kids and grandkids. He had a green thumb, loved to cook, was an avid gun collector; buying, modifying and selling them were some of his passions. Football was on constantly and the Denver Broncos were his team. He was an incredibly intelligent man who loved discussing history, geography and farming.

After Gwyn's passing, he shared five years with Leann Loghry, and they enjoyed cooking, hosting parties and gardening together.

He was preceded in death by his parents and his wife.

Memorial gifts may be made to “National Alliance on Mental Illness (NAMI)” in care of Adamson, 2000 47th Ave., Greeley, CO 80634.  Friends may leave condolences at AdamsonCares.com.

To send flowers to the family or plant a tree in memory of Rob Peppler, please visit Tribute Store
Print
Tuesday
21
June