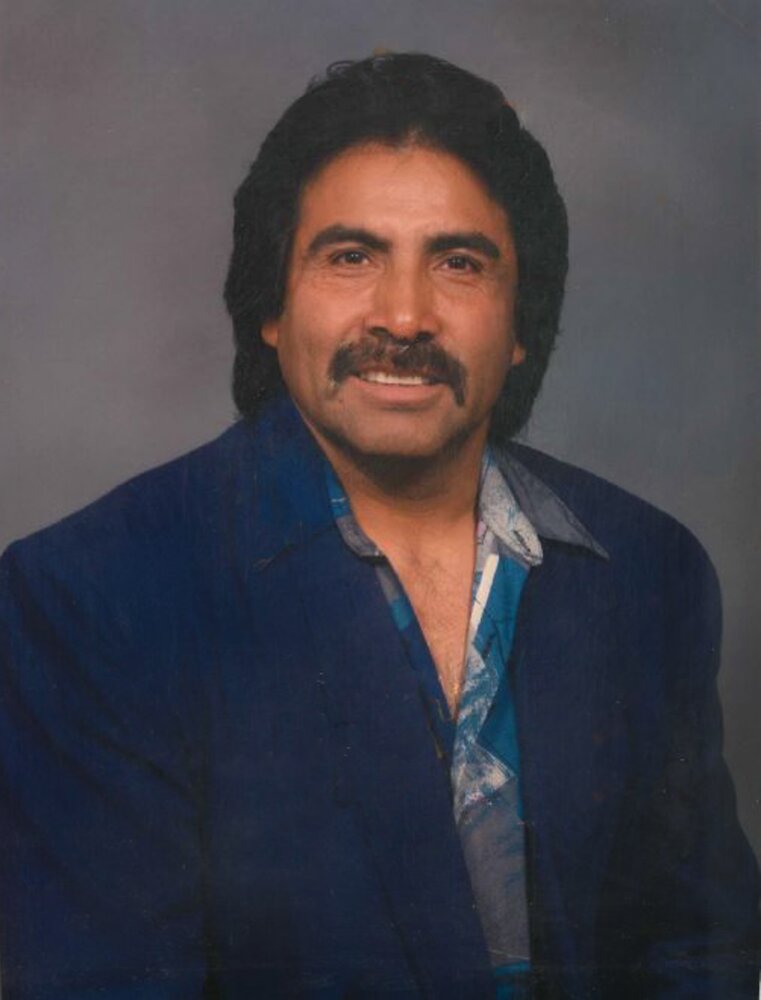 Silvester “Sly” Hernandez of Milliken, CO peacefully passed away Monday, April 18th, 2022 surrounded by his family. He was born on November 26th, 1947 to Edward and Dominga Hernandez in Austin, Texas. Silvester grew up in a large family and was the oldest of 12 children. His role as big brother immediately shaped his character and turned him into the strong, caring, protective, and go-to man that everyone aspired to be.

In November of 1965, Silvester married Eva Rodriguez in Big Spring, Texas. They were, in fact, the definition of what true love meant; staying side by side for nearly 60 years as they figured out what life was all about together. They eventually settled in Milliken, CO where they raised five children together, and Silvester worked until he retired.

Silvester cherished many things in life, but the thing that filled his heart the most was his family. All of his grandchildren carried a special place in his heart, and he actively participated in their lives; whether it was attending their sporting events, graduation ceremonies, or birthday parties or taking them on fishing adventures, trips to the movie theater, or simply to the gas station for a candy. No matter the outing, big or small, Silvester was guaranteed to have a kid or two trailing along behind him. He was also guaranteed of at least two other things while on outings with his grandchildren – driving his Subaru Brat or running into someone he knew wherever he went.

Aside from devoting his life to his grandchildren, he was devoted to St. John’s Catholic Church in Johnstown, CO for the majority of his life. He had a strong faith and belief in God. If he was not at church or with his grandchildren, Silvester could be caught out on the field playing softball or football. He played sports well into his 50’s and was known as #17 on Lasso Liquor softball team and #55 on the BadBoys Chicano Football League team. Silvester loved a good meal and some of his favorite days included BBQ’s and potlucks with his family, or holidays where the tables were filled with all his favorite dishes and, of course, dessert.  He loved watching sci-fi movies, listening to music, and was a huge Kansas City Chiefs fan. He proudly represented Chiefs Kingdom day in and day out, and loved watching his team play.

In Heaven, Silvester will finally be reunited with his son Tommy, parents Edward and Dominga, sister Martha, and nephew Bobby Jr.

Memorial contribution may be made out to Adamson Life Celebration Home to assist with funeral expenses. To leave condolences for Silvester’s family, www.adamsoncares.com

Life Celebration visitation will be between 4-6 pm, Wednesday, April, 27, 2022 followed reciting of the rosary, both at Adamson Life Celebration Home in Greeley. Christian Mass will be held at noon, Thursday, April 28, 2022 at St. John The Baptist Catholic Church in Johnstown.

To send flowers to the family or plant a tree in memory of Sly Hernandez, please visit Tribute Store
Wednesday
27
April

Share Your Memory of
Sly
Upload Your Memory View All Memories
Be the first to upload a memory!
Share A Memory
Send Flowers