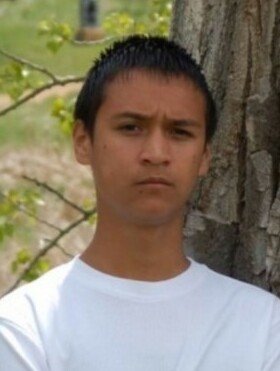 Brandon Anthony Derrera, 30, of Johnstown passed away April 16, 2022.  He was born September 1, 1991 in Loveland to Marianne Herrera and Mark Derrera.  He was raised in Johnstown, graduating from Roosevelt High School in 2010.

After graduating from high school he met Delia Castillo and they were married and had a son, Julian Jude.

Brandon enjoyed drawing as a young boy and spending a lot of time with his cousins.  He loved the Colorado sports teams and was a hug fan of the Broncos, Rockies and Nuggets.  He also enjoyed camping in Red Feather with his family.

He was preceded in death by his grandparents; Alice Herrera and George Contrares, his great-grandparents, and two uncles; Raymond Rivera and Reyes Nava.

The family encourages you to wear your favorite Denver Broncos, Colorado Rockies or blue, orange or purple gear to Brandon’s services.  Friends may leave condolences at AdamsonCares.com.

To send flowers to the family or plant a tree in memory of Brandon Derrera, please visit Tribute Store
Print
Friday
22
April

Recitation of the Rosary