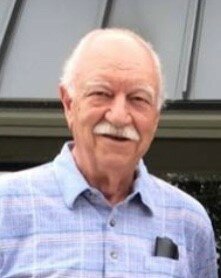 Gary was born March 8, 1941, to James W. and Shirley V. (Fowler) Dobbins in Holyoke, Colorado. They moved to the sandhills of Nebraska where he graduated from Burwell High School in 1958. He attended Hastings College in Hastings, Nebraska where he met the love of his life, Kay Loree Adams from Scottsbluff, Nebraska. They were married June 12, 1960, in Scottsbluff.  Gary graduated with a BA in Vocal Music Education in 1963. He taught in Kennesaw and Broken Bow, Nebraska; Sioux Center, Iowa; and Mitchell, Nebraska. He received his MA in Music Education from UNC, Greeley in 1970 while teaching at Broken Bow. In 1984, he became a Boy Scout professional for Longs Peak Council, Greeley. In 1999, Gary and Kay moved to The Woodlands, Texas and assisted their daughter and son-in-law with his chiropractic business. While in Texas, they both taught math classes for Lone Star College, Montgomery County. In 2011, they retired in Greeley. Gary has sung with and/or directed numerous Community and Church choirs during his life. The most recent ones were directing the Keenage Singers form the Active Adult Center and singing in the First Christian Church choir. He also enjoyed playing golf and Pokémon.

Gary was preceded in death by his parents and his brother, Jim Dobbins.

To send flowers to the family or plant a tree in memory of Gary Dobbins, please visit Tribute Store

Share Your Memory of
Gary
Upload Your Memory View All Memories
Be the first to upload a memory!
Share A Memory
Send Flowers