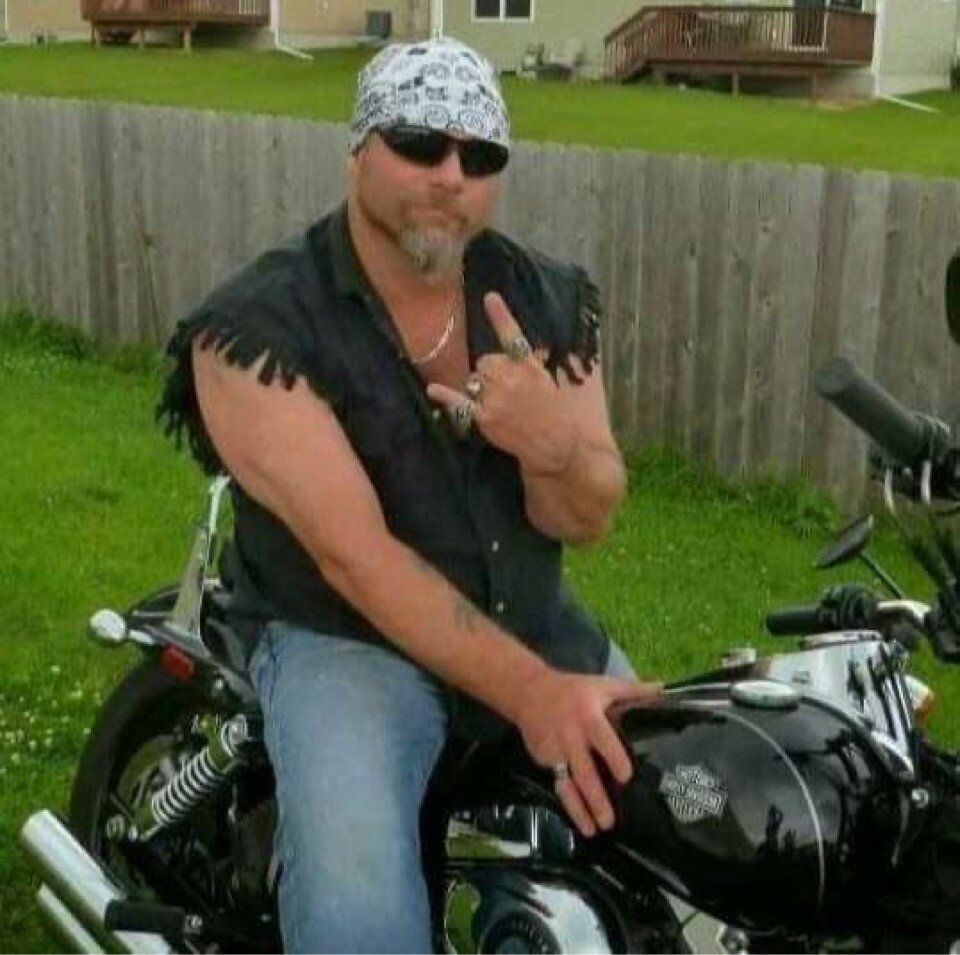 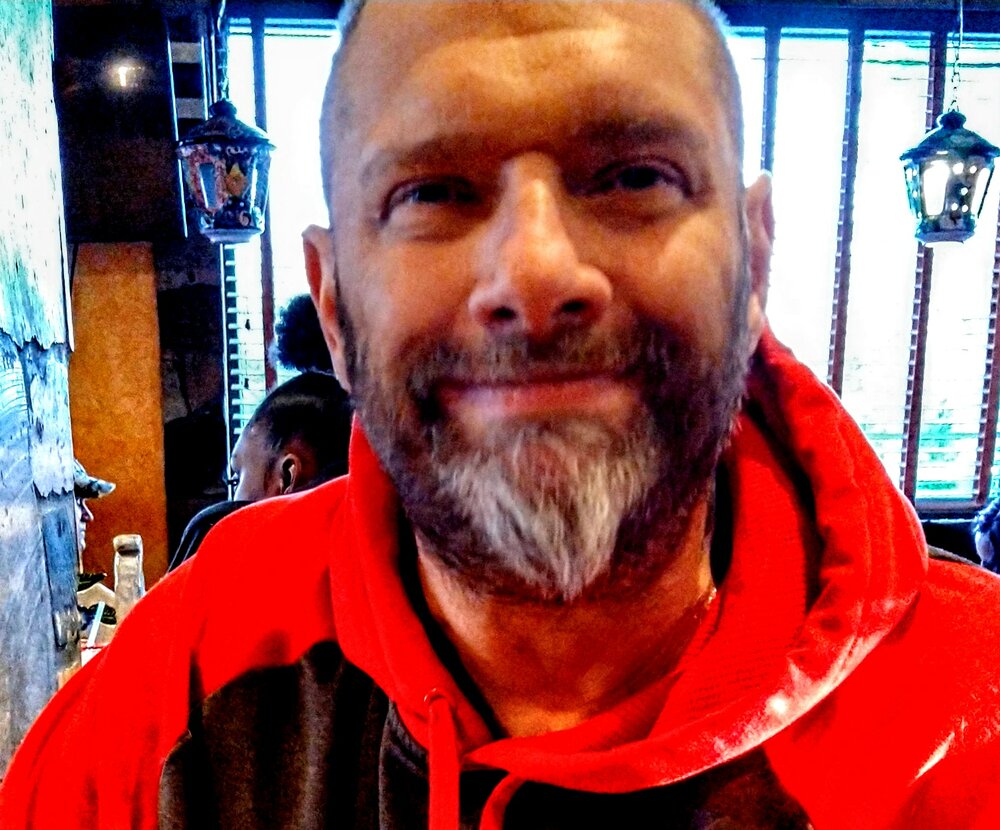 On February 18, 2022 Robert Daniel Kreis peacefully moved on from this world into the next realm of his being. On November 23, 1967in Waverly, Iowa, the gods and goddesses blessed the planet with him, but they could no longer allow him to suffer in pain. He leaned firmly on his Wiccan faith to bring him peace and comfort in this world.
He spent 20 years with his soulmate Stacy Kreis. On May 12, 2013 they were joined as one soul at Noelridge Park in Cedar Rapids IA presided by Ronald & Lois Rude, who were very special to the couple. Those years weren’t always perfect; but over the last several years they finally figured out their dance through life. Stacy was by his bedside  whispering her undying love for him and holding his hand to comfort and guide him as he made his transition.
“Above you are the stars, below you are the stones, as time passes, remember... Like a star should your love be constant.”
Rob spent his life devoted to the music industry supporting heavy metal bands nationwide. Rock and roll raised him and saved him. Some of his best memories are singing and drumming on stage alongside countless local bands. He was also blessed with a career he loved in providing security services, building stages, and providing photography for local and well-known national bands, and as the head of security for the MMA fighting in Iowa. His proudest moments include being unionized through IATSE local 191 and being thanked publicly for his hard work by the MMA.
Rob had passion for animals, especially the slithery and scaly ones. He may not have always had the right words to say to humans, but he spoke eloquently to the animal kingdom. He never met a critter than that didn’t love him unconditionally. Rob was a fierce personality! He held fast to his beliefs and relentlessly defended those he loved. It often put him in a position of being the bad guy. You either loved Rob or you hated him; there was no in-between. It’s obvious from the outpouring of love after his passing that he was loved by so many people and those are the only people that matter.
Rob also leaves behind his son Cody (Melinda) Kreis of Cedar Rapids, IA, his son, Zack Stephens of Greeley, CO, his two grandchildren, Kinsley and Kashton Kreis, and his lifelong friends Dan and Kristy Rude of Las Vegas, NV.
Waiting for Rob in the Summerland are his beloved grandmother Dorothy Day, his cherished dog Lushyn, his childhood friend Joel Rusbolt, and his very special friend Lois Rude.
Virtual services will be held at a later date to be announced through his Facebook page to allow for better weather and planning for the ceremony.
If you would like to donate to his final expenses, a link will be provided at a later date.
If you wish to send a condolence gift, please remember to honor Rob’s Wiccan beliefs with no cut flowers; live plants, seeds, or wax candles only.

To send flowers to the family or plant a tree in memory of Robert Kreis, please visit Tribute Store

Share Your Memory of
Robert
Upload Your Memory View All Memories
Be the first to upload a memory!
Share A Memory
Send Flowers