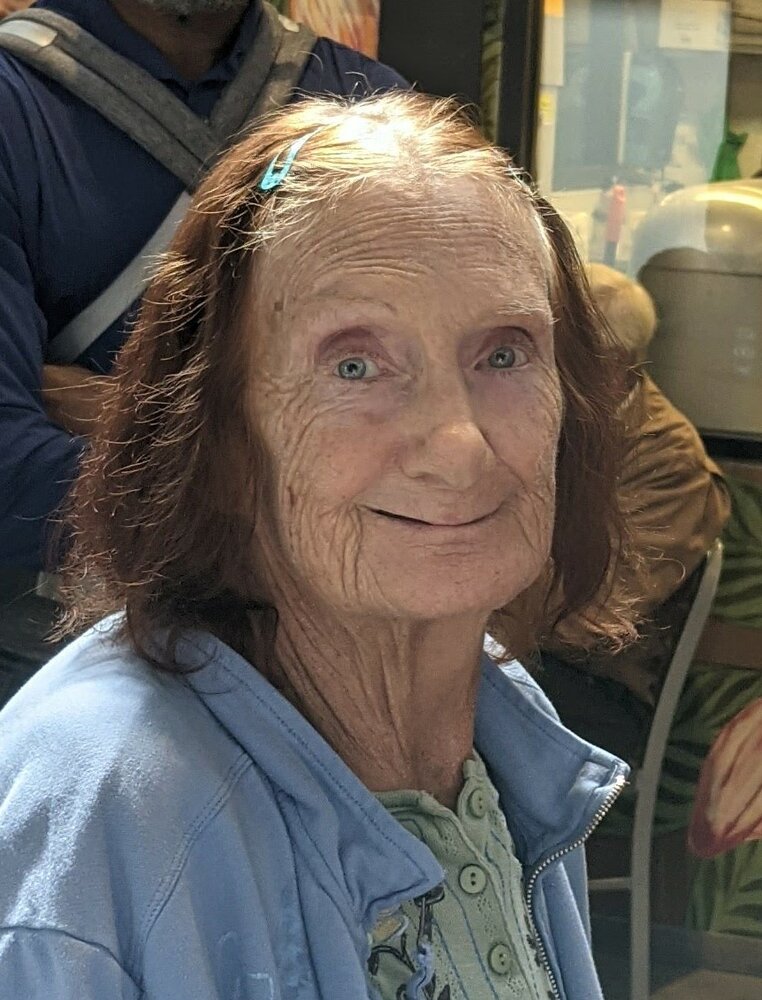 Annette (Bowers) Carwin was called home on Sunday, January 30, 2022. In her last several days she had been surrounded by family and loved ones.

Annette was born June 19, 1945 in Ogden, UT to Floyd and Orpha (Toombs) Bowers. Her two older half-brothers were serving in WWII at the time and came home to the surprise of a new baby sister. Her dad’s only child, she was the apple of his eye. A red head from the start, to the finish, Annette was always full of fire and stubborn to the letter. The Bowers family moved from Ogden to Kansas City, MO and eventually settled in Colorado, living on a piece of land “East of the Arsenal.” Annette spent her youth and teen years riding her horses all around Adams County, competing in events and riding for pleasure. She served as Adams County Rodeo Queen in 1963-64.

After High School, Annette attended CSU to pursue her dream of being a big animal Vet. In a storybook setting, Annette saw a handsome farm boy walk across the room and ask her to dance at her first college dance. That young man was Merle “Dutch” Carwin, whom she later married November 25, 1965. Annette left college and dreams of Vet School behind to follow Dutch to Steamboat Springs, Otis, back to Ft Collins, to Yuma, and finally to Greeley, as Dutch taught Agriculture Education for 35 years. In this time Annette served as a helpmate to Dutch, typing every page of his master’s Thesis and raising their three children; Elizabeth, Bill, and Melanie, as well as serving as an FFA mom to many generations of Dutch’s students.

A devoted mother and wife, Annette kept her family in line. Over her years, Annette had a variety of hobbies, interests, and skills. Her children fondly remember all of their homemade Halloween Costumes, special Birthday Cakes baked and decorated by Mom, family meals, family vacations, camping trips, and summers at the lake boating and water-skiing. Annette went from raising horses in her youth to raising children, breeding and raising Schnauzers for a while, and was always surrounded by her dogs and cats. After Dutch’s death in 2002, without her soulmate and life partner, Annette was heartbroken. She focused her attention on her Dachshunds; Hank, Johnny and Hollie.

She had a love for country music (attending many concerts over the years), Scrabble, and her family. For many years, she and her good friend (of 52 years), Lucile, would have their “Monday meetings” in McDonald’s. They would hold a booth down and solve all the world’s problems. Annette loved her home in Eaton, and in recent years enjoyed riding her golf cart around the property. Her heart always belonged to the mountains, and Estes Park was one of her favorite places in the world. Her kids will fondly remember staying at the YMCA, visiting the Stanley Hotel, and taffy from the Taffy Shop, as well as her stories of riding horses in the canyon at “Grandma Sutton’s” cabin in Glen Haven when she was young.

While they will miss her deeply, and always, Annette’s family is so happy she was called home and will be with her husband Dutch again. We can see them now, two stepping through the clouds as the trumpets in the background belt out Ring of Fire.

Surviving Annette in grief and joy are her children; Elizabeth Uhrig of Greeley, Bill (Mylea) Carwin of Pritchett and Melanie (Thompson) President of Eaton, as well as her grandchildren; Mollie Uhrig (23), Bret Carwin (24), Bree-ann Carwin (22), and Devayn President (nearly 2). She is also survived by numerous members of her Carwin family.

Annette’s Life Celebration will be held at 10:00 a.m. Monday, February 7, 2022 at Adamson, followed by a reception.  Private family interment at Sterling Riverside Cemetery where Annette will finally be at rest beside Dutch again.  In lieu of flowers, memorial gifts may be made to “Pritchett FFA” in care of Adamson, 2000 47th Ave., Greeley, CO 80634.  Friends may leave condolences at AdamsonCares.com.

Storms never Last, do they, babe?
Bad times all pass with the winds
Your hand in mine stills the thunder
And you make the sun want to Shine
(Storms Never Last, Waylon Jennings)

To send flowers to the family or plant a tree in memory of Annette Carwin, please visit Tribute Store
Monday
7
February

Share Your Memory of
Annette
Upload Your Memory View All Memories
Be the first to upload a memory!
Share A Memory
Send Flowers