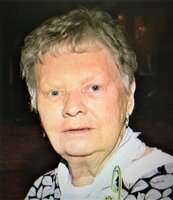 Betty Jean Sullivan, 82, of Greeley, Colorado, peacefully entered the arms of our LORD and Savior Jesus Christ on Thursday, November 11, 2021, at her grandson’s home. She was the eldest of four, born on April 16, 1939, in Tripoli, Iowa, to Alfred and Alberta "Faye” (Lee) Tegtmeier. At a young age, her family moved to Colorado due to her mother’s health issues. Betty graduated from Greeley High School in 1957. She attended a semester at Colorado State College, studying business, before beginning her career at the Social Security Administration on March 31, 1958. She retired in 1997 after 39 ½ years of service. In 1961, she married Paul C. Sullivan. Though they later divorced in 2011, their relationship remained amicable as they shared a mutual love for their family. She was a devoted mother to two children and grandmother to five grandchildren. Betty greatly enjoyed music and was a gifted pianist. As the matriarch of the family, she was the host of many treasured holidays and gatherings. Her greatest passion in life, however, was for others to become believers in Christ. She attended Greeley Baptist Temple in her youth, where she accepted Jesus Christ as her LORD and Savior on April 17, 1950. She later became a member of Eaton Baptist Church. Over the past year, she began attending Sherwood Park Baptist Church, where she felt very much at home. Blessed to have shared her life are daughters, Janelle Makowski and Jolene (Joseph) Shepherd, five grandchildren, Alexander Makowski, Zachary Shepherd, Alyssa Shepherd, Joshua Shepherd, and Ethan Shepherd; siblings Janet Croissant and Roger Tegtmeier and ex-husband Paul Sullivan. She was preceded in death by her parents and youngest brother Wayne Tegtmeier. Celebration of life is 12:00pm, Tuesday, November 23 at Adamson Life Celebration Home, 2000 47th Ave. Greeley, CO 80634. A reception and interment will follow. In lieu of flowers, memorial contributions can be made to Sherwood Park Baptist Church in care of Adamson’s. Family and friends may leave condolences at AdamsonCares.com.